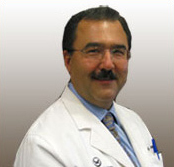 Dr. Thomas G. Liszka, MD is a board-certified plastic surgeon who has specialized in cosmetic plastic surgery since 1993. He is a member of the American Society of Plastic Surgeons as well as the American Society of Aesthetic Plastic Surgery, the nation’s leading cosmetic surgery organization. After graduating with a Phi Beta Kappa membership and summa cum laude from Duke University in 1981, he attended medical school 1981-1985 at the University of Pittsburgh. During medical school he was elected to Alpha Omega Alpha Honor Medical Society. After completing general surgery residency and chief residency at the Medical College of Virginia, Dr. Liszka was selected to train at Johns Hopkins Hospital—one of the world’s most respected medical institutions.

It was at the University of South Carolina where Dr. Liszka became a member of the South Carolina Craniofacial and Cleft Lip and Palate Center, the Breast Care Center, and taught medical students and surgical residents.

In 1996, Dr. Liszka, his wife Nancy, and daughters Lara and Haley moved to Charlotte.

Dr. Liszka and his family are avid sports enthusiasts and enjoy playing tennis. They are also active in their church and have a passion for disability ministry.

Contact Us Today To See How We Can Help You, Consultations Are Available!

Dear Dr. Liszka, “I cannot say enough about how great I feel about the look you created for me. The benefits of my surgery continue to astound me. While I am pleased with the results of my surgery, I also must convey to you how much I enjoyed the friendly and caring atmosphere that you and your staff provide. The blending of professionalism and camaraderie that was part of each of my visits made me feel encouraged and secure from start to finish. Without hesitation I happily recommend you to family, friends, and total strangers. Please convey my greetings to everyone in the office.”*
Sincerely, Linda H.
“Dr. Liszka is an amazing doctor in every way that a patient could ask for! He is helpful, caring, understanding, positive, precise, and patient-what more could you ask for?”*
Mira F.
“Dr. Liszka and staff, Thank you for all of your kindness in the past two weeks. You have answered all my questions and never made me feel silly! I felt I could call anytime. I feel like a new woman! Thank you again.”*
Carol E.
“Thank you for your patience, privacy, and professionalism while I was in your office for my breast augmentation, and follow-up appointments. My breast augmentation has changed my life! I am more confident and feel more feminine. After surgery I was expecting to be in pain, and honestly I had little to no discomfort. If I knew my breast augmentation was going to be this easy, I would have done it alot sooner. In the end, I feel very lucky to have been referred to your office, as I will not go anywhere else for future plastic surgery or other beauty needs.”*
Thank you, D.A.
Previous
Next

*Individual Results May Vary From Person To Person.

Send Us a Message 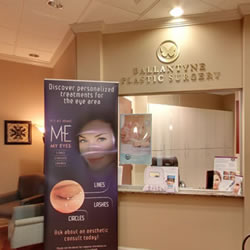 Take a tour of our office